Chally has found a job as first mate aboard Captain Tad Littlefield's Wave Dancer and has been sailing with him for several weeks. They're coming into port after a charter run; Chally is at the wheel and everyone else is asleep below. 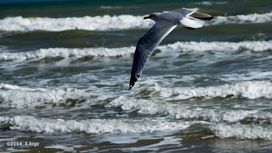 It was a warm, May night, just after midnight, and Chally was bringing the Dancer into port while Tad and the hired help dozed below. He was about ten kilometers out when he heard a speeding motor—getting louder—coming toward him. Whoever it was, they were running without lights. It was a clear night with a little more than half a moon. After a few more minutes, he saw a white wake ahead off the starboard bow.

“Holy shit!” he shouted. “This fool is coming right at me!”

He thought about sounding the emergency alert horn. He couldn’t see the boat but he could tell by the wake and the sound of the engine that it was getting close. He didn’t know which panel switch was for the out-front floodlights. Did he have a crisis on his hands?

The mystery boat cut its engine about fifty meters off the port bow. Chally was reaching for the alert horn when he saw a burst of light out of the darkness from the direction of the boat. Instinctively, he ducked—but soon realized that there had been no gunshot sound. When he stood up, the light flashed again—and again—three times in all. There was no sound with the flashes. He saw the boat now. It was a black launch with no markings.

It must be a camera, he thought. After one more flash went off thirty meters to the starboard side, the shadowy motorboat did a sharp one-eighty and disappeared into the night. Chally stood up, scanning the darkness with binoculars, dumbfounded. Why would someone speed up to the Wave Dancer, snap a few photos, and disappear? What did it mean? Was it related to any of his problems? Surely it was. Someone had found him.

This was troubling. This was depressing. The last thing Chally wanted to do was get Tad mixed up in his problems. The captain had been good to him and he was grateful for this opportunity and he didn’t want a bunch of yahoos messing it up.

He didn’t wake anyone up until they were five kilometers out. As soon as they tied up, Chally and the crew secured the lines and hauled the ship’s trash to the dock dumpster. He didn’t mention the incident to Tad.

When the Dancer was buttoned up for the night, Chally told Tad that some “personal things” had come up and he had to take some time off and he’d be back as soon as possible. Before the captain could say a word, he picked up his bag and was gone. Chally hated to do him that way, but the less Captain Tad knew, the better it was for him.

As he drove home, he thought about the incident. It had to be related to one of his messes, but which one? At this point, there was no way to tell, but he simply couldn’t work for the captain as long as any of this was going on. More and more, these situations had the potential to be dangerous and he didn’t want to get Tad involved.

When he got home, he pulled out his trusty journal.

I sure wasn’t counting on this. I’d planned to stay on with Tad and the Dancer for a good while—until I was ready to captain my own boat.

I think I have a grasp of the general skills but I need time on the water. Realistically, how many years? What skill set is required to sail the world? What’s the fast track to competency?

I like the idea of running a charter service specializing in lesser-known destinations, or maybe operating out of different harbors and changing bases every year or two. The South Sea Islands come to mind. South America’s Pacific side. Istanbul. The far, Far East. It’s a long list.

I understand that I’m going to have to buy a gun and learn how to use it, which could be a daunting task for two reasons: First, it’s nearly impossible to purchase a firearm without proper identification (Note to self: Fix the ID issue) and second, I don’t like guns (Another note to self: Get a grip).

Or, I could just bring Erika and Bob along, for that reason and more. But enough—first things first: I have to finish incorporating my edits to Welcome to the Mariner Hotel, which should take less than a week. Then the manuscript will be complete and it’ll be time to talk to Erika, no matter what.

He finished it on Friday, and when the last page came off the printer, he stood up and walked away from his desk. Now he had something to celebrate.

He wrote one line in his journal:

Another satisfied customer just checked out of the Mariner Hotel.

The next morning he went to the Pelican for breakfast and stopped at the surfboard shop on the way home. Andre did a double take when he walked in the door. There were a few people milling around in the store, but Andre came right over to him, slapped him four different handshakes, and said, “Chally, what happened to you, dude?”

“Not much. Just working.”

“Just working? I heard you got shot at!” Andre said.

Chally’s jaw dropped. “What? What are you talking about?”

Andre saw the surprise on his face. “Oh, weren’t you with Taddy when he got shot?”

“Tad got shot? Are you kidding me? When did this happen? Where?” Chally was stunned.

“Two nights ago, somebody fired a few rounds into the Wave Dancer when it was docked,” Andre said. “The paper says he’s at the Corpus Christi Medical Center with bullet wounds to the leg and hip. Helen told me he’s going to be okay, but he’s going to be moving even slower than he was before, if that’s possible.”

“What? Who would want to shoot Tad?”

Andre shrugged. “Who knows? He’s got a lot of strange clients, you know. It’s probably business-related. That’s what it sounds like to me.”

Chally thanked Andre and headed for the Corpus Christi Medical Center. Surely this happened because of him and he felt terrible about it. He stopped at Bay Liquors and picked up a bottle of Prichard’s Fine Rum, which he hid under his shirt as he made his way up to the hospital room. Tad was asleep when he got there.

“Captain Chally, reporting for duty,” he said quietly as he sat down in the chair beside the bed.

The captain opened his eyes and smiled when he saw him.

“What the hell happened to you, Tad?” he asked.

“Oh, Mercer, my friend, I took two in the arse!” he said as he chuckled and coughed. “When I saw the gun, I headed for the galley. Almost made it.”

“Whom did you piss off?” Chally said with a grin. “”This wouldn’t be one of your hot-blooded paramours, would it?”

“Oh, no, no—this was a couple of idiots with an assault rifle and a fast boat.”

“Not a clue, Mercer,” he said, shaking his head, “but it looks to me like I’d best find out straight away.”

“And you have no idea who it was?”

They sat for a few minutes listening to the chaos in the hall outside the hospital room.

“So what do you need?” Chally asked.

Chally stood up. “Funny you should mention it,” he said, taking the bottle of Prichard’s Fine Rum from under his shirt and handing it to him. “I believe this is your brand.”

Captain Tad lit up. “Mercer, you are a prince of a man!” he said, opening the bottle.

Chally drove back out to the island, mixed-up and unsettled. Was it possible that he was in even more trouble than he thought? And because of that, was he endangering everyone around him?

It was late afternoon when he got home. He made a cup of green tea and went out to the deck to watch the sun set before he opened his journal.

Chally, that’s crossing the line, my friend. You can’t be responsible for other people getting hurt. It’s not right that you put someone else’s life in danger. You can’t do that. If you don’t want to make yourself scarce for your own benefit, maybe you should think about making yourself scarce for the safety of others.

And another thing: Where is the law going to come down on Tad’s shooting? Will they want to interview people? That could be trouble, too.

It’s cloudy and windy, but what a fine day it is to be alive. The only thing missing is Erika. 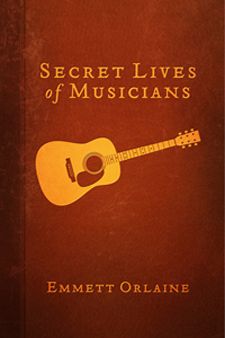